Birthday parties. Tons of fun, lots of work. On the weekend, we had a party celebrating our daughters second birthday. For a few months, I flip flopped between themes. Chloe is into a few tv shows, but they are the less popular ones that don’t have merchandise at every store. Or any store for that matter. So I came up with the theme Teddy Bear Picnic, but bringing a bunch of stuffed animals that weren’t just teddy bears.

The colour scheme was blue and pink since I found blue gingham plates, napkins, basket liners and table cloths at Target (in the dollar bin at that!). I also found pink gingham plates at the dollar store for the cupcakes.

We decorated two windows with streamers, put up a happy birthday banner, and put all the snacks on a decorated table inside.

We had lots of snacks, but the themed ones were:
Teddy Graham’s
Bear paws
Pink lemonade punch
Gummi bears

The activities for the kids were minimal. There was a kiddie pool, stuffed animals, a blow up tent, sidewalk chalk, water table, and backyard toys. There was also colouring and toys inside because it was hot and windy out. 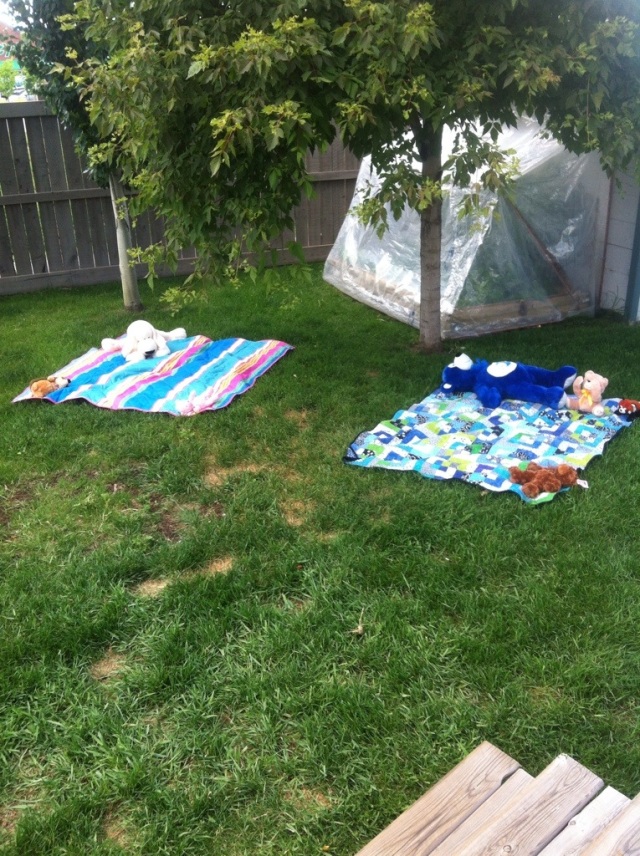 For this party, I didn’t go all out. But I also wanted to put some effort in to pull off the theme. I am very happy with how it turned out.
Here is the birthday girl, about to get her cupcake 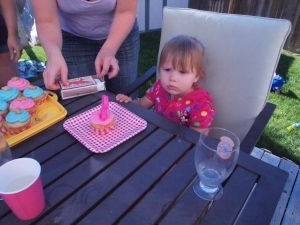 Cupcake decoration and photo credits to Adrienne. Decorations and other work credit to Shannon.